Well in an unfortunate act of digital conformity I have decided to start a blog. I have no intention (yet time will tell), of this blog turning into a place for me to express my unwanted opinion about the mundane happenings of my daily life. This is more of a creative outlet to unleash sketches, post artwork, and just make myself that 0.01% more accessible from a business/networking standpoint (as well as a means to keep up with people whom I don't speak to that often due to geographical boundaries even though those people are coming back to the states in December and I am ridiculously behind the ball with the whole mentality of "keeping up with friends.")

With that being said, in the not so mundane happenings of my life, Scare Zone, a little film I worked on with Director, Jon Binkowski and Producer, Ben Kupfer humbly won "Best Florida Project" at the Central Florida Film Festival last night. It was a fun project and I'm glad it won something. 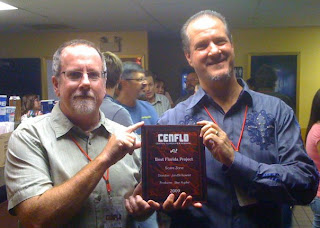 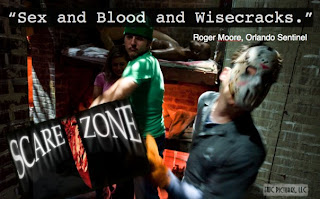 Chris Burns receiving a punch from me
in a scene from the movie.

Adam Milicevic
I am currently a Freelance Art/Creative Director and Designer with a passion for creature/monster design. Pieces posted here range from finished work, burps of creativity, and progress on various artistic pursuits. I am always busy, but always make time for additional projects. I am also an aspiring stand-up comic when I'm not pursuing art. All artwork and graphic imagery is Copyright - Adam Milicevic unless otherwise noted.